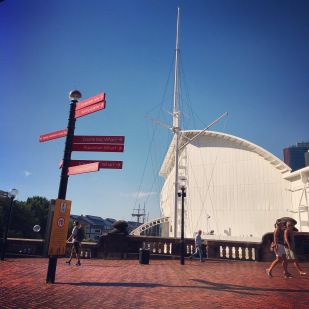 After doing a ticket pricing survey for Front of House at the Australian National Maritime Museum in 2016, I started researching articles about the benefits of free entry to museums and art galleries compared with charging admission and whether or not this does impact on visitor numbers. Interestingly, many articles reported that it made no difference and that people who valued the museum experience came with or without an entry charge. Even with free entry, there was a debate about whether new visitors would start coming and if the number of new visitors increased as a proportion of the total number of visitors on an annual basis. As I was digesting the information, I came across Colleen Dilenschneider’s article Admission Price is not a Barrier for Cultural Center Visitation.

Crowds queueing to enter the Colosseum in Rome. 12 Euro tickets are valid for 2 days for visitors to explore, The Palatine Hill, The Forum and The Colosseum itself plus 3 onsite museums.

Dilenschneider says that cultural institutions need to get real about the barriers to visitation and the excuses which organisations make without really knowing their audiences. Critical thinking, visitor surveying and feedback and the analysis of current audiences would go a long way towards understanding the real reasons that people don’t visit cultural institutions. She believes that admission pricing is not the main barrier and that using that excuse stops these organisations from identifying the true barriers to increasing numbers and diversifying their audiences and which may include the presentation of content to interpret their collections, site accessibility for visitors and the relevance of a cultural  institution to the general public rather than its current targeted membership audience.

In saying that, Dilenschneider says that organisations still need to:

When Michelle Obama spoke at the opening of the new Whitney Museum in New York,  she said that for many cultural groups in the community, museums are places that they do not feel welcomed and do not see themselves in. Considering that 9% of core visitors to museums in the US fall into “the minority group” category, that is largely out of balance with the 28% found in the general population. I think that Michelle Obama’s comments would apply to minority groups in cultural institutions anywhere in the world. I wrote earlier about the role of Museums in the 21st Century and the fact that they need to find a “connectedness” to people by championing human rights and social justice issues in their exhibitions. Since these issues often relate to “minority groups”, it would be a great avenue for people to start new conversations and make emotional connections to a cultural institution while exploring its collections which suddenly seem more relevant.

In her article Why Free Museums Matter, Jessica Leigh Hester wrote about Museum Day in the US, where 1200 museums allowed free entry to pre-booked visitors (and a guest) in order to engage different visitors to the museum and shed the reputation that only certain visitors are allowed in the rarified atmosphere of a museum. She explained that Museum Day is part of an ongoing campaign to chip away at the negative perception “that visitors must be a certain type of person” or have “a certain level of education or expert knowledge” in order to gain entry to an art gallery or museum.

In the UK, the Museums Association reported on all the changes brought about by the Government in the eighties to cut funding to museums which meant that some museums could no longer support their free entry policies. In 2001 when funding was reinstated for National Museums in England, Scotland and Wales, the numbers of visitors increased with a hope that different kinds of groups would visit. Data analysis showed that there were more people visiting (or repeat visiting) but that they had the same profile as those that had previously been paying to visit the same cultural institution. MA commented that “It takes imaginative programming and marketing to change an audience profile significantly, as well as sustained development work with communities with no tradition of museum visiting.”

One of my favourite examples of museums increasing the diversity of their audiences is IKON Gallery in Birmingham, UK who began their Black Country Voyages Project in 2014, taking art to young people in the UK Midlands via a canal boat on the Black Country waterways which were used to transport mined coal and other minerals in years gone by. The project aims to build relationships with young people who have previously had no relationship with the Gallery, thus building  their audience using both the outreach method as well as running inclusive Family Programmes at the IKON Gallery itself. 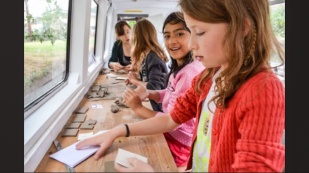 Children engaging on board the vessel. image ikon-gallery.org 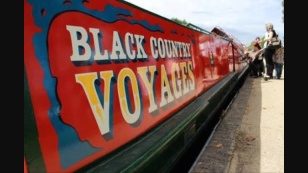 I’m not sure why some people value museums and others don’t but I am sure that if children can connect to museums and art galleries from an early age, then it is a really good way to encourage lifelong learning and feeling good in the museum space as they get older. Something that really heartens me is that so many museums (even those short on funding and resources) have School Programs, Early Learning Programs and Family Programs in place. When I chat to people in the museum space, many adults have come back with children who visited on a school excursion, begged to be taken back and are now proudly showing their parents/carers around. I often see people with prams, kids doing art classes, vacation care groups inside the museum, which was definitely not the case when I was growing up or when I tried to visit some cultural institutions when my own kids were small. 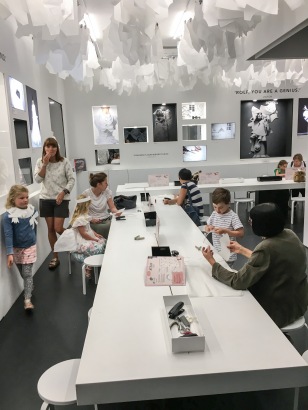 Kids activity sheets, interactive stations and audio tours for exhibitions are springing up everywhere. Kids invigilators, teacher guides and child focussed volunteers can really make a visit something to remember. These kinds of activities should be affordable for all socio-economic groups. I understand that not everything can be free because staffing and materials for children’s activities can be quite expensive but there should definitely be a focus on price for this sector if cultural institutions want to attract a different kind of visitor.

Another reason to focus on this sector is that I’ve identified a shift in visitation for the “apartment dwelling” family particularly in the inner city of Sydney – close to some of the major cultural institutions. Many parents/carers are bringing younger children into the museum on a weekly or fortnightly basis since there is no room at home. In the  near future, it won’t be sufficient to run just school holiday or weekend activities. Next generation visitors will need access to space which offers new and different things to see and engage with on a regular basis. There are all kinds of possibilities for such a space – from the typical dress ups and books, to collection access, to craft activities or age appropriate digital engagement areas. These repeat visitors would gain great value from a museum membership but if museums don’t deliver and make people feel welcome then they will be looking for a new places to go with their children.

This site uses Akismet to reduce spam. Learn how your comment data is processed.