The National Gallery of Victoria (NGV) is Australia’s oldest and possibly most well loved museum of art, founded in 1861. Its mission statement  – “To illuminate life by collecting, preserving and presenting great art” and perhaps the unwritten mission of “giving it to the people”.

In 2016 the NGV was the 19th most popular art gallery in the world with more than 2.6 million visitors across its two campuses. The ranking places the gallery in the company of Paris’s Musee d’Orsay and New York’s Museum of Modern Art. 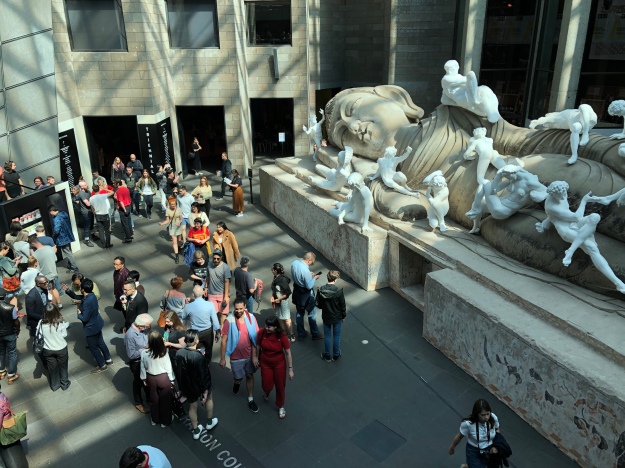 Visitors flock to the NGV Triennial in Melbourne

The NGV is not only Australia’s most popular art gallery, but one of the top 20 most visited art museums worldwide as revealed by the U.K’s  The Art Newspaper in its latest survey of global art museum attendance. Not a bad effort for a small country on the world stage. Australia’s population is around 24.8 million compared with the U.S.A.’s 326.8 million and U.K.’s  66.6 million people. This ranking was based on visitation to “Van Gogh and the seasons” from the 2017 Winter exhibition. (Note that another Australian art museum on the list was the Queensland Gallery of Modern Art with its 2016/17 Summer exhibition – Sugar spin: You, me, art and Everything.) 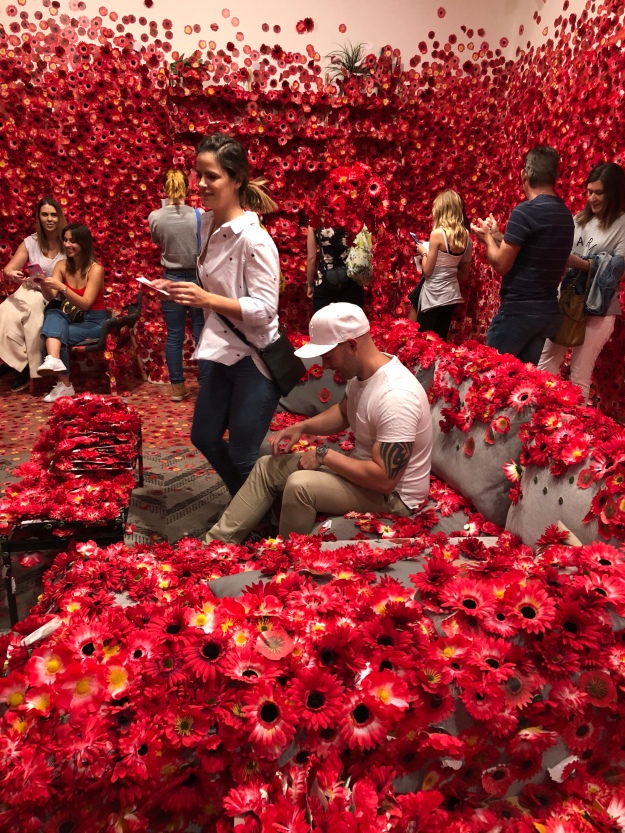 The NGV held forty-nine exhibitions during 2016-17, including major retrospectives of international and Australian artists and designers, as well as focused displays of works in the NGV collection. The quality and variety of audience engagement initiatives presented in support of these exhibitions was extensive. They offered guided tours, audio tours, mobile phone apps, talks, lecture series and workshops as well as social events – such as the Friday Night events (aimed at capturing more of the younger audiences after work), the Summer Sundays music series and the NGV Kids Summer festival and supporting Kids spaces for some of the major exhibitions. For example – as part of the exhibition Andy Warhol / Ai Weiwei (2015-2016), NGV Kids presented Studio Cats, a large-scale installation especially for children and families to draw upon creative connections between the two artists and their mutual love of cats.

The Gallery aims to present programmes that engage visitors in meaningful cultural experiences and to keep them coming back.

According to their audience research data, The National Gallery of Victoria enjoys one of the highest community participation rates in the world. 70% of their visitors are local from Melbourne and regional Victoria unlike many other international art museums where the majority of visitors are incoming tourists. This also indicates that the locals keep coming back which is what every cultural institution needs to strive for. This is what Nina Simon talks about most recently in The Art of Relevance but also in The Participatory Museum and her Museum 2.0 Blog.

For any Cultural Institution, the collection remains  fundamental to the audience engagement and education strategy. The thoughtful curation and presentation of historical and contemporary collections is a key museum management strategy for continuing and ongoing audience engagement. Colleen Dilenschneider regularly writes about this in her Know Your Own Bone Blog (most recently in Special Exhibits vs. Permanent Collections (DATA) and previously in Death by Curation).The NGV strategy is to ensure that its collection is accessible to the widest possible audience who may be unable to visit the museum through the ongoing work of the NGV Digitisation Project which is still progressing. 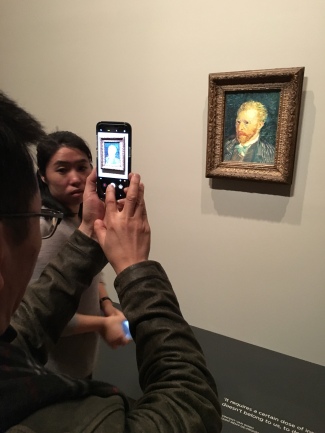 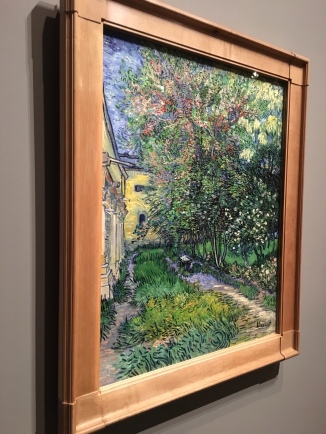 I have to disclose that I am already a big fan of the NGV and the way that they design their spaces. I visit the NGV each time that I am in Melbourne, so over many years have enjoyed both Summer and Winter exhibitions as well as taking time to learn about the permanent collection shown across both campuses (St Kilda Road and the Ian Potter Centre in Federation Square). On my recent visit I took in the inaugural Triennial at the National Gallery Victoria which on the surface (without actual audience data analysis) appears to be a great success. What I enjoyed most about this free experience was seeing the diversity of visitors attending the exhibition and the way that the work of 100 contemporary artists, architects and designers from 32 countries was juxtaposed against the existing works from the collection – which was great exposure. 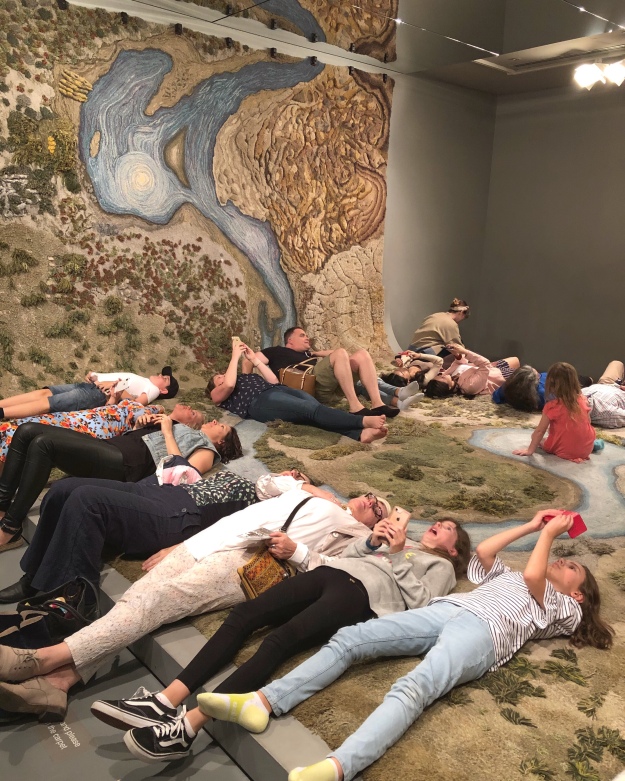 Audience engagement with the art at NGV Triennial

I think that there is currently a cultural revival happening worldwide despite Government funding cuts trying to choke the Arts into submission. Creativity and cultural heritage feed the soul when so much about modern life seems to do the opposite. Now is a better time than ever for cultural institutions to offer their prospective audiences something new and different, to  re-energise and maybe even reinterpret their collections to be more inclusive, to build community and feed the souls that are weary of modern life and meaningless 24 hour connectedness to media, social media and globalised sameness. Keep leading the way National Gallery of Victoria and hopefully other cultural institutions in Australia will follow or at least just lift their game a notch.

Cultural Heritage and the City

Cultural heritage as a driver of economic growth and social inclusion

The value of culture